Friction in rolling is analyzed with two different lubrication conditions. A nearly dry lubrication with kerosene and a thin film lubrication with a mixture of plain mineral oils CR5-Sunoco 60. The investigation has revealed that the pressure distribution along roller-strip interfaces increases with the reduction of rollers, which resulted in the rise of the friction stress needed for forward slip and move the neutral point to the exit side to keep these rolling process running continuously. Effectiveness of the two different test lubricants, kerosene and CR5-Sun, was one of the influential parameters that lead to the rise in pressure distribution and change in neutral point position. Because of the increase in roller reduction, the neutral point position, which acts as balance force point, moved towards the exit point, and therefore, the required friction stress between the entrance and neutral point is increased. Furthermore, due to the higher friction, the temperature of the strip after the rolling with the kerosene was much higher compared to the temperature of the strip lubricated with the CR5 sun. 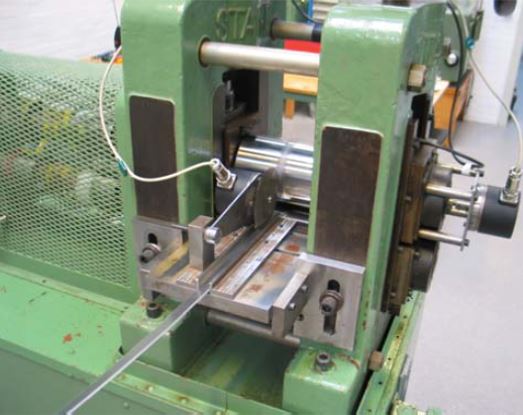 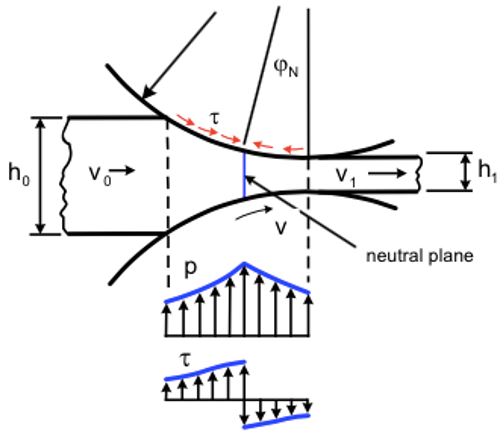 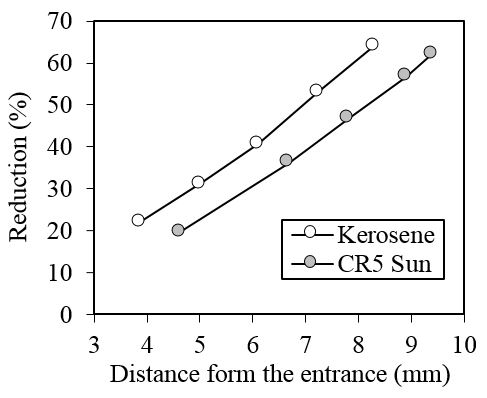 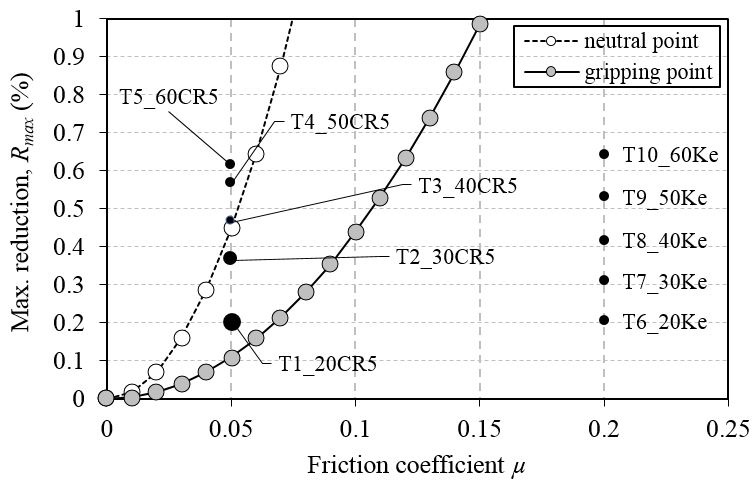